At the beginning of a new year, let me express the greetings of the season.I am highly interested in how this year will turn out in both personal and social terms.

The basic policy of Japanese Prime Minister Shinzo Abe, which is collectively called as “Abenomics”, places importance on recreation of rural areas.  In September 2014, Headquarter for Overcoming Population Decline and Vitalizing Local Economy in Japan was created in the Cabinet Secretariat.  I believe this will activate hygiene-control activities at local food manufacturing sites.

In Okinawa Prefecture, more than 50% of the manufacturing-industry employment is occupied by food manufacturing.  It is followed by 45% in Hokkaido and then Kagoshima.  This means that local areas, generally abundant in food materials, are tend to be a location for food manufacturing.  The government policy will presumably have a major impact on Japan’s local food-hygiene activities.

Although around 90% of large food companies adopt HACCP, only 30% of smaller companies do.  In reaction to this situation, Ministry of Health, Labour and Welfare issued guidelines last May that food business companies should choose either adopting HACCP or controlling food hygiene in conventional ways.  The Ministry also requested local governments to revise their regulations by the end of this fiscal year. 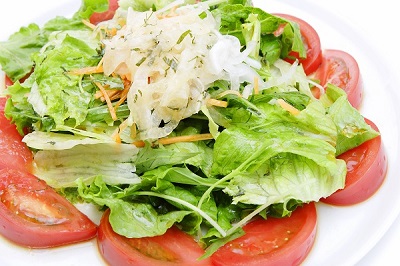 I have heard that the Ministry intends to make HACCP mandatory within a few years.  All food manufacturers throughout Japan will have to conduct food hygiene control based on HACCP in the near future.

As you may know, the number of children is decreasing sharply in Japanese rural areas.  No matter how many children are raised, they leave home to work or study in urban areas when they grow up and never to return.  On the other hand, rural areas are rapidly aging.   At some villages, people aged 65 or older occupy one-third of the population at the moment, but the number is anticipated to grow to be 50% in ten years.  Thus, securing adequate human resources will become a major issue for local food manufacturing companies.

In international aspect, Australia-Japan Free Trade Agreement and its relevant laws were enacted at the extraordinary Diet session last year and will become effective in January.  TPP negotiation did not achieve a consensus at the leaders’ meeting last November, and the outcome is still uncertain at this moment.

Consequently, people in charge of food-hygiene control should keep an eye on international trends.

In reality, the fact that most Japanese companies are already producing food under very strict standards is virtually unknown to consumers, and food manufacturers can hardly receive appropriate incentives.  I thing affordable certification systems need to be developed along with the mandatory adoption of the HACCP method.

Japan Food Industry Association hosts study trips both visiting factories adopting HACCP and receiving lectures on HACCP for general consumers all over Japan.  I have served as a lecturer of these study trips.  However, consumers that attend the trips are very limited.  I think more information, including how high the level of Japanese food safety and quality is, need to be provided to consumers 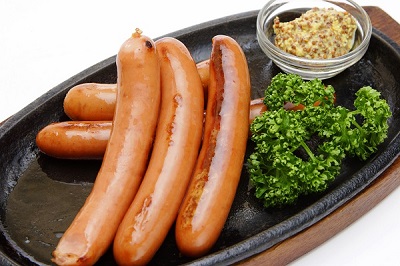 As export of food, Food Safety Modernization Act was enacted in the United States, and some regulations are going to be implemented as of August 2016.

The regulations aim to restrict food distribution so that almost all kinds of foods within the United States are produced based on HACCP.  Of course similar requirements will be imposed on imported foods, so companies intending to export foods to the United States in 2016 or later have to make adequate preparations.

Thus, Japanese food manufacturers are required to carry out very complicated hygiene control programs; they have in-house regulations, each domestic business partner has its own points to be checked, and there are various international standards to follow.  Food manufacturing companies seem to be pulled in a dozen different directions.

To deal with this situation, the government commenced studies toward establishment of global safety standard of Japan origin for the first time.  I have a high degree of expectation for its realization.

As Japan is one of the leading countries in the area of food quality, it is natural for this country to establish global food hygiene standard.  Instead of current Western standards full of flaws, this standard of Japanese origin should include Japanese characters symbolized by the behavior picking up trash off the street voluntarily.  I hope conditions will be improved so that Japan can lead the world in the area of food safety too.